I’ve recently become addicted to a podcast for the first time.  Mike and Tom Eat Snacks is a podcast by Tom Cavanagh and Michael Ian Black, formerly of Ed fame, which was one of my favorite TV shows back in the day.  They’ve both gone on to do other things, but recently re-united to start doing this podcast in which they taste various snacks and discuss them, usually while touching on lots of other pop culture topics.  It’s hilarious and fun, and makes me think about my snack options!

We just got back from nearly a week in New England and while I was taking Penny grocery shopping to prepare some Thai food for Mike’s family, Mike asked me to please pick him up some Yodels.  Mike is a big fan of Drake’s Cakes and Yodels are his top pick.  I got two boxes, and then noted that Drakes has been taken over by Hostess.  I thus made the pronouncement that Yodels and HoHo’s are the same thing and from now on, he could just eat a Ho Ho.  I was informed that a Ho Ho and  a Yodel are two totally different animals and it was an insult to the Yodel-eating universe to suggest that one could be substituted for the other.

I then suggested that perhaps a Swiss Roll by Little Debbie was a good alternative, and again was rebuffed.  So I posited that if he was so sure of himself, we’d just set up a blind taste test and if he could choose the difference and correctly identify the Yodel, I would, in essence, shut up. 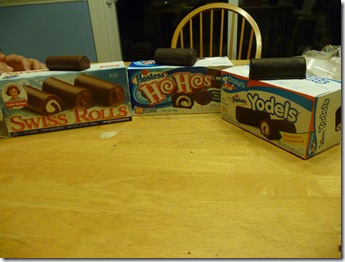 Last night, I went to the grocery store and picked up Ho Ho’s and Swiss Rolls.  The stage thus set, we decided to set some ground rules.  Mike said he’d be able to tell just by holding the cakes in his hand which was which.  Consequently, until the test was over, I made him eat with a spoon.  I couldn’t do much about smell, which he also said would be a clear indication.  So I set up the test and he sampled all three. 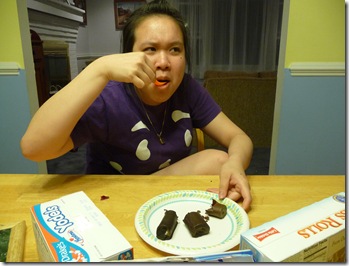 Having now sampled all three cakes at the same time, I can confirm that they all do have distinct tastes.  Here are our findings: 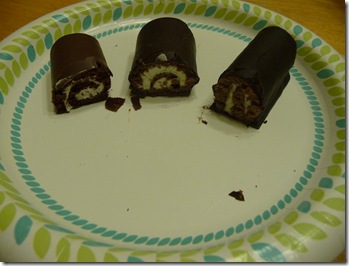 1.  The Ho Ho was consistently all three of our least favorite cake.  Mike said it was plastic tasting, and I found the cake to be quite dry.  We all agreed it had the most frosting on the inside and the smell was the chocolatiest of all the cakes.

2.  The Yodel was Mike’s favorite and Penny and I were not able to say we liked it more or less than the Swiss Roll.  It had much more cake and much less frosting which actually fooled Mike into thinking it had chocolate cream—you really couldn’t taste the cream very much at all.  It also had the darkest chocolate coating on the outside. 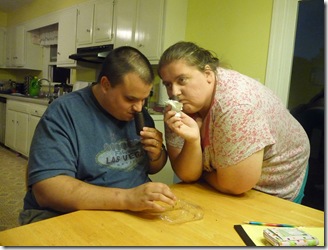 Interestingly, despite the Swiss Roll tasting the sweetest, it contains fewer grams of sugar than the Yodel.  The HoHo had the least sugar of all the cakes we sampled.

It was a lot of fun and we had a lot of laughs while we sampled the cakes.  I doubt this is something we will do any more of, but I think it’d be pretty cool if MATES did something similar—compared the offerings of several different companies’ version of the same snack.  And if they need a box of HoHo’s, they just have to ask.

Can It Be True? My Baby’s Two! 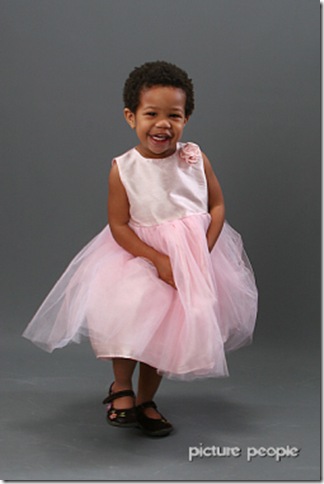 She brings me more joy than I ever imagined possible.  I love you, my darling girl.